"We put the food on America's dinner table, so we take the responsibility of protecting the families around that table very seriously." — Senator Pat Roberts 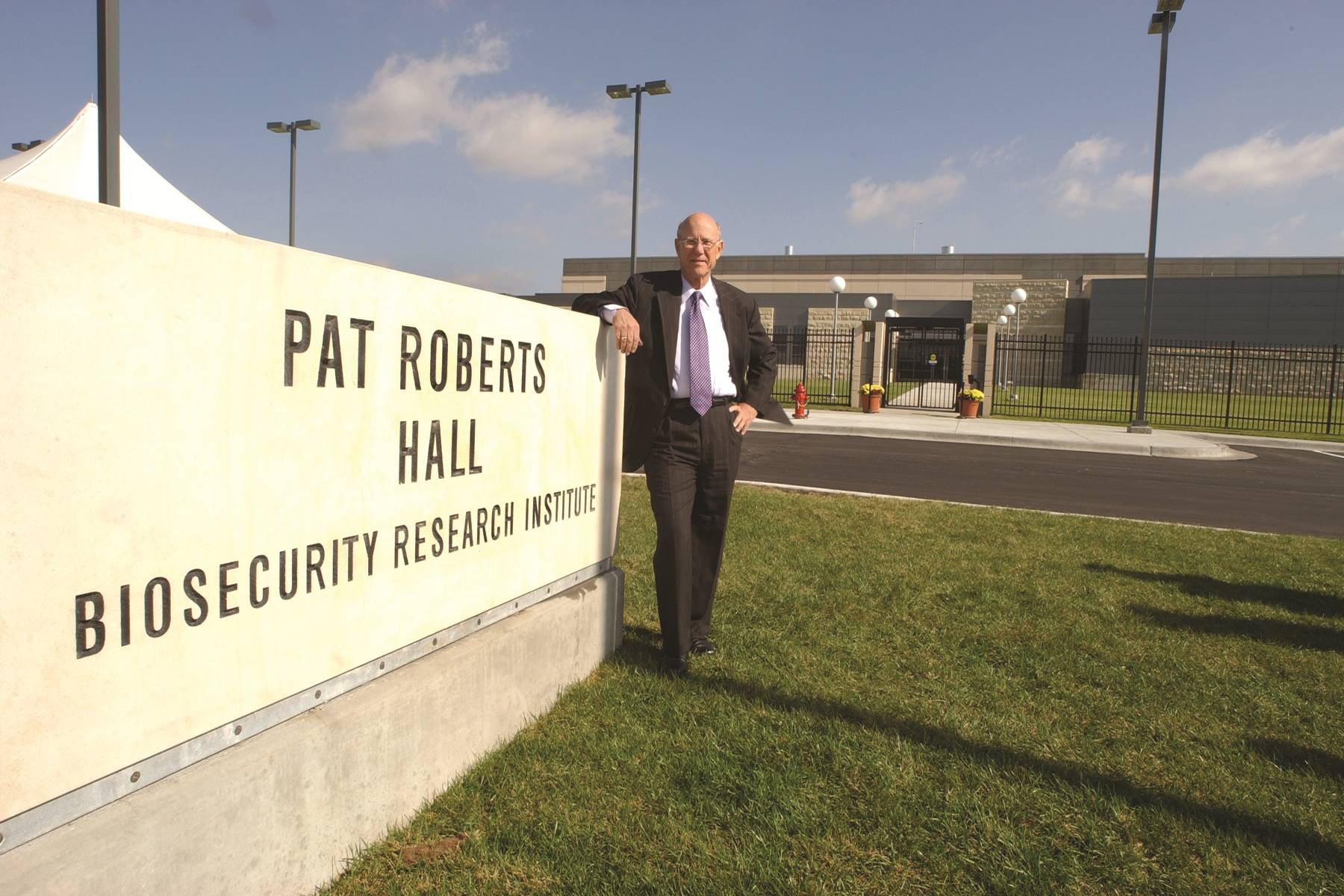 The building that houses the BRI is named for U.S. Sen. Pat Roberts. A 1958 Kansas State University graduate, Roberts led the charge to build the institute and was instrumental in making biosecurity a priority for K-State.

"Senator Pat Roberts asked us in 1999 to consider emerging threats that might face Kansas and America," said former K-State President Jon Wefald. "K-State's food safety and security program, launched as a result, recognized the national need for additional biocontainment research facilities. With the senator's help, and investment by the state of Kansas, we now have the Biosecurity Research Institute."

U.S. Sen. Pat Roberts is a fourth-generation Kansan from Dodge City. He was elected to the House in 1980 and served eight terms as a congressman from the First District from 1/3/1981-1/2/1997. He was elected to the United States Senate and served as a Senator for four terms from 1/3/1997 to 1/3/2021. As chair of the Senate Select Committee on Intelligence, and a former Marine, Roberts led the effort to improve the country's intelligence-gathering and analysis capabilities at a critical time in our nation's history. Roberts has the distinction of chairing both the House Agriculture Committee and the Senate Agriculture, Nutrition and Forestry Committee.

As a Senator and in his role as the Chair of the Senate Agriculture, Nutrition and Forestry Committee, Senator Roberts has played a leading role in protecting America’s agricultural and related industries and securing the food supply. He has invited several experts from K-State to testify to this committee, including Stephen Higgs, director of the BRI. Senator Roberts and his staff have been frequent visitors to the BRI. On January 3, 2021, Roberts was succeeded by Representative Roger Marshall, also a frequent visitor to the BRI and host to Higgs in Washington.